Despite the Bornean sun bear being a Class I protected species in Sabah (making it completely illegal to hunt or hold captive), it is not uncommon for members of some rural communities to shoot a sun bear on sight. Bear bile is consumed locally for its supposed medicinal benefits, while gall bladders, and other bear parts, are sold on the black market.

With this demand and the local perception that legal repercussions are not an issue due to insufficient poaching enforcement, sun bear populations continue to be at risk.  This common scenario is a serious concern for wildlife conservationists working in Sabah. 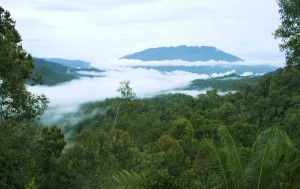 The development of rural community-based initiatives in sustainable economic activities, such as eco-tourism and environmental conservation, within villages has been a highly successful method for encouraging the transition from traditional wildlife-hunting practices to wildlife conservation.  One prime example being the Model for Ecologically Sustainable Community-based Tourism(MESCOT.) initiative pioneered by the community of Mukim Batu Putih in Kinabatangan, since 1997.

I recently had the opportunity to speak with members of the Rumantai village community and present information about the importance of sun bear conservation in a way they had never experienced before.

This village, located in the east-central part of Sabah, has initiated a project called The Nuluhon Taviu Community Project. Inspired by MESCOT, the community aims to strengthen the village’s capabilities for a sustainable economy while preserving the authenticity of their culture and establishing eco-tourism activities through the conservation of diverse flora and fauna. It is quite hopeful to see a whole village interested in making this transition into ‘eco-consciousness’. The purpose of my talk was to simply support and encourage this transition by sharing some basic information about sun bear ecology and how sun bears sustain healthy forests. 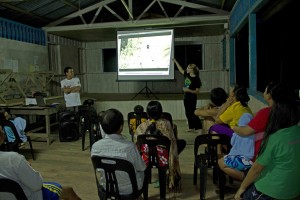 I shared five main points to emphasize how healthy sun bear populations can benefit the community members and their forest.

1)   Sun bears act as farmers in the forest by churning the soil as they dig for insects, thereby circulating the highly-nutritious topsoil through the soil layers.

3)   Sun bears act as eco-engineers by creating habitat for many other arboreal forest creatures when they leave behind crevices that are dig out with their large claws.

4)   Sun bears propagate the forest by providing long-range transportation and fertilization for many wild fruit tree seeds as they consume the forest fruits and travel great distances.

5)   Eco-tourism will be inevitably more successful with more prevalent biodiversity! Tourists are more likely to visit places where wildlife is thriving. If sun bears are alive and well in the surrounding forests it will certainly bring more tourists than not. 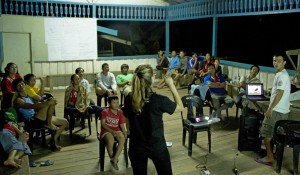 Throughout the presentation I was thrilled to see the positive responses from community members as they accepted and processed the new information about sun bear ecology and the connection to forest health. This, along with the wave of questions that proceeded after, was beyond encouraging.  I believe the next time they see a sun bear in their forest they may act differently than before, which is the most prized reward any sun bear conservationist could ask for. 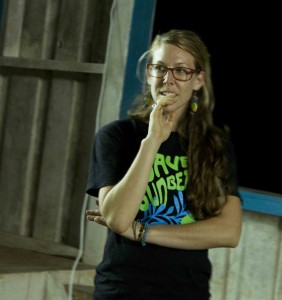 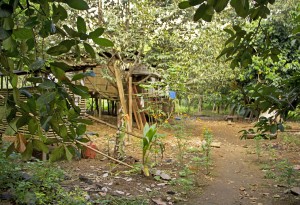 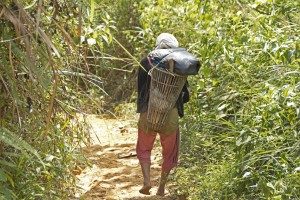 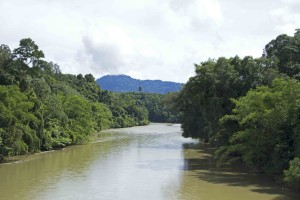 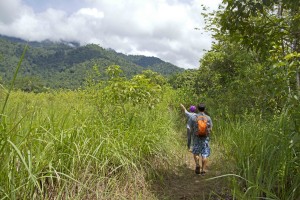